It’s set in the past, but is it history? Researching the 1950s and 60s for HER TURN TO CRY

I love reading historical fiction and I am a bit of a history geek, fuming over inaccuracies in TV dramas like The Tudors and shouting at factual programmes that leave out what I think are important details.  As a crime writer and devoted reader of crime novels I, of course, love historical crime. But I never intended to write it. Much as I enjoy seeking out interesting historical facts I didn’t relish turning something I’ve always done for fun into the serious business of research. So how did I come to set my latest novel, Her Turn To Cry, in the past? 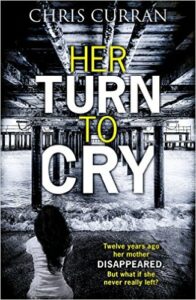 Well the main reason was that this story demanded to be written and it had to be set in the 1950s and 60s. At first I wasn’t too worried about the historical aspect.  After all, I told myself, the mid-20th century is easily within living memory so doesn’t really count as history. I also remembered Walter Mosley’s advice to write the story first and worry about the research afterwards.

It sounds good, but in practice I found that every aspect of the novel was affected by the times in which it was set and that those times were surprisingly different from today’s world. Although fiction writers are allowed to take some liberties with the facts for the sake of the story, it’s vital to achieve a sense of authenticity. And to do so I needed to get the basics right from the start. How we spoke then, what we ate and drank, how we worked and spent our leisure time and above all our attitudes. And memories can be hazy on detail.

My novels are full of dialogue so it was vital to get the speech right and whilst fifty or sixty years ago we weren’t saying things like: gadzooks madam or thou art a scoundrel sir, there were many subtle and not so subtle differences. I read and reread a lot of fiction written around that time: Jean Rhys, Graham Greene, Muriel Spark, Margaret Drabble. And although the golden age of crime had more or less passed by the 50s, Agatha Christie was still writing into the 60s as was Ngaio Marsh, whilst Ruth Rendell and PD James had just started. So no hardship there!

Another pleasure was watching films and TV programmes from that era. Documentaries were useful, most particularly those featuring clips of actual people talking at the time. Formal speech may not be too different, but casual chat and slang can change very rapidly and never more so than in the contrasting times in which Her Turn To Cry is set. In the 50s fashion conscious youngsters might approve of something with a phrase like crazy man, but a decade later it would more likely be fab or gear.

As my main character, Joycie, is a top model in the Swinging London of 1965 I was able to get a taste of that lifestyle by reading the biographies and autobiographies of some of the beautiful people of the time, like Jean Shrimpton and Terence Stamp.

Dominic’s Sandbrook’s histories of my two decades, Never Had it So Good and White Heat, were useful for facts about ordinary and celebrity life and of course there was the internet. Clubs and music venues in the 60s often opened and closed within a few months and the timelines of the story sometimes shifted a little so I has to keep checking. The riches of the internet mean it’s even possible to find out which acts were appearing at a particular venue on one specific day.

An important strand in the book relates to the fact that homosexuality were illegal in Britain until 1967. The years immediately before this were marked by a huge rise in prosecutions so it was vital to research this. Peter Wildebloode, who was involved in the Montagu case that eventually led to the change in the law, wrote about his experiences in his memoir, Against The Law, and that was a revelatory read.

More enjoyable was finding some of the colourful slang used by gay men of the time. In contrast I had to think hard about how to handle some language in common use that would now be considered offensive and that even some of my sympathetic characters would have used without thinking.

As with everything else it’s a balancing act. Authenticity is important but above all I had to be true to the spirit of my characters and the needs of the story.

Buy Her Turn to Cry now