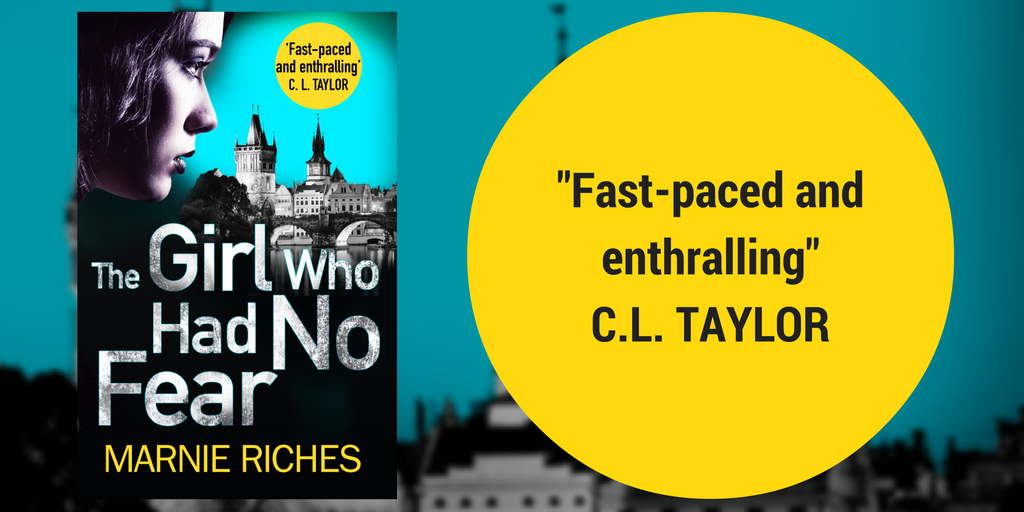 What drew you to the world of crime fiction?

Even as a child, I loved a good thriller – sneaking a peek at my mother’s Harold Robbins books and her dog-eared copy of Peter Benchley’s Jaws, long before they would be deemed appropriate for a young reader, by current standards. My specific love of crime thriller stories, however, probably sprang from exemplary 1990s TV shows like Prime Suspect, Silent Witness, Taggart, Inspector Morse and of course, Cracker. At that stage, I hadn’t begun reading crime fiction in earnest, but the offering on TV was spectacularly good. I wasn’t averse to shows like Band of Gold either, which depicted the lives of prostitutes, risking all to work the red light district, and films like Scrubbers, which showed life inside prison in a realistic way.

Being a northern child of the 1970s and 1980s, I grew up with stories of the Moors Murderers and the Yorkshire Ripper. Morbid fascination with serial killers was a regional pastime. Everybody knew somebody who knew the parents of Hindley’s and Brady’s victims. Every woman I knew had wondered whether it was prudent to go out at night after the Yorkshire Ripper had abandoned the body of a victim in the grounds of Manchester Royal Infirmary. And Manchester, after all, was and is a violent, crime-ridden place, for all its inspirational grit, architectural beauty and world class music scene.

Unsurprisingly, therefore, I started to read crime fiction, beginning with The Silence of the Lambs, which remains my favourite crime thriller. I’ve read and re-read that book several times. It’s perfect! Being a fan of foreign literature in translation and all things medieval, I also loved Umberto Eco’s The Name of the Rose. Given my interest in serial murder and unusual settings, Scandi Noir was a sub-genre I fell for immediately. But it was the early noughties Scandi heyday, where Stieg Larsson’s Millennium trilogy and Jo Nesbo’s Harry Hole novels were the new must-reads, that irredeemably dragged me into the underworld of gritty crime fiction. I was hooked!

I think whatever genre you’re into, everybody should at least try to read The Lord of the Rings. Tolkien was masterful in weaving many long and complex stories into one satisfying whole. Similar things could be said of Philip Pullman. If you love a terrific, lengthy story that’s packed with imaginative flourishes, His Dark Materials is quite simply one of the best trilogies ever written. If you want thrilling, these books are truly thrilling.

But hang on! Those two bodies of work – though good storytelling is simply good storytelling – are fantasy, aren’t they? And I’m talking to Killer Reads. So, I guess I should recommend a crime writer. Well, I will recommend Jo Nesbo, in which case. His Harry Hole novels offer wonderful social commentary about contemporary Norway. His plotting is masterful, and he always manages to weave several complex strands into one page-turning and terrific serial killer thriller. I’ve always enjoyed Jo Nesbo’s novels – particularly those translated by Don Bartlett. I’d say The Snowman and The Leopard are my two favourites.

Tell us about your new book: 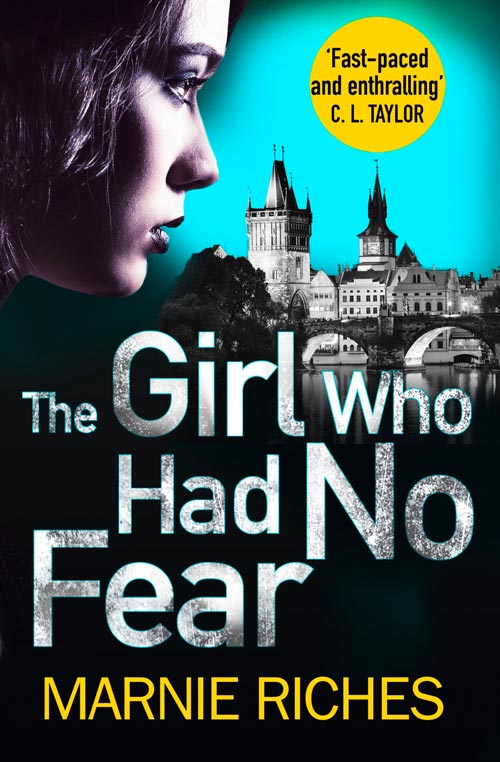 The Girl Who Had No Fear is a story about narcotic excess, secret lives and missing parents. The story grew into an amalgam of several areas of interest: Years ago, a close friend drew my attention to the urban legend of a serial killer possibly being on the loose in Manchester, pushing clubbers into the canals. One or two of the many recorded deaths took place in Manchester’s gay village. Then, another friend told me of several untimely deaths of gay men, whose bodies had been found in cemeteries, having taken a great deal of drugs at chem-sex parties (although I notice that the newspapers are currently full of reports about the serial killer, Stephen Port, who actually killed gay men and left them in cemeteries. So, my friend was clearly onto something when he said there was a suspicious link between some of the deaths). My other realm of interest is the trafficking and the brutal criminality that flourishes in Central America. I have travelled to Mexico on holiday twice and was fascinated that a tropical idyll full of friendly people should be a hotbed of corruption, violence and grinding poverty. The proliferation of crystal meth labs and cartel domination is really worrying. The fact that the authorities seem unable to stamp this phenomenon out and protect its citizens is more worrying still.

I had written the synopsis for The Girl Who Had No Fear a couple of years ago, but with the shocking revelations about Stephen Port and the brouhaha of Donald Trump, proposing to shut Mexico and all its socio-economic problems behind a wall, it seems absolutely right that the book should have been written and published now. It is the sort of Georgina McKenzie adventure you would hope for – full of Amsterdam sleaze, death in unusual circumstances and, of course, with a savvy, gobby criminologist heroine who has problems all of her own. But this time, as the book evolved into a story about drug misuse and trafficking, the action moves across the Atlantic to Central America, where George and Van den Bergen must look into batches of bad crystal meth that are killing Dutch citizens. I think readers will find George’s adventures in the Americas really entertaining!

How much research did went into it?

The book took a great deal of research. All of the George McKenzie thrillers do! If you’ve read The Girl Who Broke the Rules, you can imagine how much medical research I had to conduct in order to get anything approaching believable scenes of organ harvesting. Similarly, with The Girl Who Had No Fear, I had to read forum after forum to ensure I understood all about chem-sex, and the unlikely lure and production of crystal meth. I always aim to get a really convincing level of detail into my post-mortems, my social commentary and, of course, my locations. In the course of researching The Girl Who Had No Fear, I spent days, watching documentaries about the Maras of Central America and reading academic articles about the problems of Honduras, Guatemala and Mexico being used as transit countries for trans-national drugs- guns- and people-traffickers. But, if I’m honest, the research is one of the bits that is most fun to do!

What are you working on next?

I recently started work on the second book in my new Manchester series. The first book – Born Bad – comes out 9th March 2017 and will be available in paperback as well as e-book format. This new series is all about fictitious criminal gangs that run Manchester. It’s a tale of north vs south and men vs women, in many ways. Themes that arise in the series include loyalty, family and morality. As ever, I’m interested in the grey areas and my heroes are often less than heroic. Given that I’m from and live in Manchester, I hope readers will enjoy my authentic portrayal of this great gritty, ethnically diverse city. The new cast of characters includes some phenomenal psychopaths and some sympathetic villains. It’s such fun! And as ever, I’ll be looking into the dark heart of trafficking.

Practice makes perfect. Constructive criticism from someone who knows their onions is invaluable. But above all, those who persist tenaciously succeed. I have seen aspiring authors time and again who refuse to work on anything but their first novel, no matter how many times it has been rejected, and who ignore constructive criticism from published authors, editors and agents who have given freely of their time to read the manuscript and provide feedback. If that first piece of work you’ve been flogging away at for three or four years still hasn’t been picked up, it possibly never will. It’s not right for the market. Or your writing is not ready. Write something else! If you do get a publishing deal, you’ll be expected to write a follow-up novel – be it as part of a series or a standalone. So, don’t get hung up on the one novel. A professional author will write many novels in their working lifetime. If more than one source tells you a specific element of your manuscript isn’t working, the likelihood that they’re right is very high. Take a machete to your darlings! You can always write more. And hang on in there! If you give up, you will definitely not get published. Be competitive. Aspire to greatness. Keep going! Keep improving!

I get up at 7am and start writing between 8am and 8.30am, once my kids have gone to school. Apart from breaking to wash, cook and look after the kids, I don’t stop until I’ve written 2K-3K words per day. This means, together with time for social media and promotional writing, that I often don’t finish work until gone 10pm and I also work 7 days per week much of the time. When a novel has been handed in and edited, if I can manage it, I will take a few weeks off to catch up on admin/life.

What’s your favourite thing to do when not reading or writing?

Socialising. I spend so much time alone when I’m writing, that I’m more than ready to be among friends once I down tools.

Gin and tonic. Also a nice glass of white wine.

Withnail and I, jointly with Raiders of the Lost Ark. Sorry it’s not a crime thriller, but I’m afraid my love of the ridiculous and adventure on an epic scale wins out every time, hence the daft and kickass bits in George books, which give a little light relief to readers in amongst the grim grit.

Ah, that’s topical, since I’ve just handed in my dedication for the front of Born Bad. Though it’s my fifth crime novel, it is my first paperback, so the dedication was a big deal, and I wrote those few words with great care and thought. They might make my chosen dedicatee blush with delight or barf with squeamish embarrassment, but I meant the words and I’m not apologising for them. I can’t think of an awkward book dedication, actually. Some authors are fairly uninventive and impersonal with these most personal of words, unfortunately. It reveals little of the person who wrote the book. I do, however, like Katerina Diamond’s dedication at the front of The Secret. I suggest you look it up!