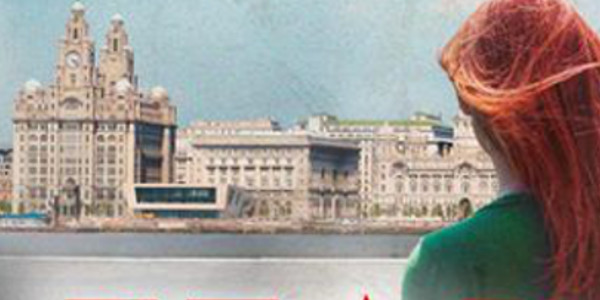 My new book, Fear No Evil, features a female private investigator plying her trade in Liverpool. She’s called Jayne McCartney, and while she’s not a martial arts expert or tooled up with Glocks, she is pretty tough.

Mainly, though, her strength comes from character – from tenacity, determination, life experience, work ethic, and compassion. She’s not infallible, she makes bad jokes, and she’s often scared. It’s these key ingredients that make her someone I’d like to go to the pub with – my go-to question when weighing up my emotional response to a character.

It’s also the big common denominator in my list of favourite private investigators of all time. Some are male, some female, some are light hearted, others coated head to toe in misery – but all of them would have some fascinating stories to tell over a few pints. And hopefully, they’d bring their pals with them – because every good PI has an equally good supporting cast. So, here goes – my fantasy night out, in no particular order!

Charlie Parker (John Connolly) – I fell in love with Charlie Parker the first time I read him. He’s a man of pure integrity, he never gives up, and he deals with the horrors life throws at him with a certain fatalistic flair. Plus he has Angel and Louis, two of the greatest PI sidekicks ever created – as well as the super-creepy backdrop of wild woods Americana.

Patrick Kenzie and Angie Gennaro (Dennis Lehane) – I was completely blown away after reading A Drink Before The War. It’s one of the few times a partnership works in crime novels: in fact it’s one of the key strengths, the way they view things differently, the wise-cracking, the dynamic between them.

VI Warshawski (Sara Paretsky) – VI is the best, that simple. She’s tough, she’s thorough, and Paretsky always throws in some extra political, social or feminist content that raises these above the usual crime drama tropes.

Kinsey Millhone (Sue Grafton) – I’ve kind of grown up with the Alphabet series, and feel like I know Kinsey inside out. I love her work ethic, her stubbornness, and her intrinsically solitary nature.

Spenser (Robert B Parker) – the Spenser books are among the best out there. He’s a hard-case with a poet’s soul, and he always gets his man. There’s a good reason that many of the successful crime writers of the modern era cite him as an influence.

Derek Strange (George Pelecanos) – these books don’t only recreate crime, they recreate whole eras: the history, the social message, the fabulous music. And Derek, a good man in bad situations – right at the heart of the action.

Elvis Cole (Robert Crais) – big on humour, big on style, big on solid plot lines and believable characters. And I’d like him to bring Pike to the pub as well, so he could sit and look menacing all night.

Easy Rawlins (Walter Mosley) – another hard-boiled old soul, ploughing a fascinating path through the social and political jungle of LA in times gone by.

Jackson Brodie (Kate Atkinson) – there aren’t that many great British PIs, but Jackson is one of them. He’s physically tough, mentally alert, and the writing is truly amazing – which is what happens when an author of Atkinson’s calibre decides to write crime.

Order your copy of Fear no Evil now for just 99p!

Is there anyone that you think Debbie’s missed off the list? Let us know in the comments below!