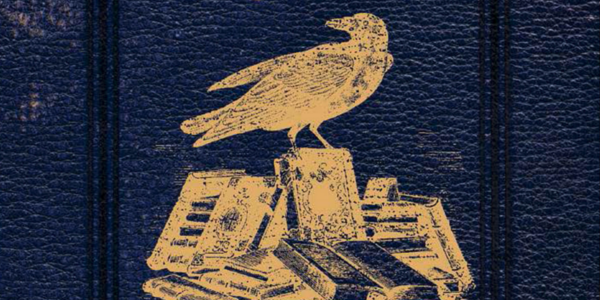 Today, in celebration of Halloween coming up this Friday, we have John Harding, author of Florence and Giles and The Girl Who Couldn’t Read, on the blog talking about gothic horror and what inspired him to write two very sinister stories…

My introduction to Gothic fiction came not from the books themselves but as a small child watching BBC TV Sunday teatime classic serials. Decades later I can still recall the terror of Cathy reaching through the broken window to grab Lockwood’s hand in Wuthering Heights, the hideous cackle of the mad woman in Jane Eyre as she set fire to Mr Rochester’s room, and the haunted midnight sobbing that woke little Mary Lennox in The Secret Garden.

These last two were a huge inspiration in the writing of Florence and Giles and its follow-up The Girl Who Couldn’t Read. But the initial spur came from an author who like me, was not really a writer of ghost or gothic stories, Henry James. When I first read his novella The Turn of The Screw I found it so terrifying I could only read it if my mum was in the house. I was 21 at the time! Similarly, considerably older now, I can’t watch the DVD of Jack Clayton’s wonderful film of the book alone – I only hope the filmmakers who’ve optioned Florence and Giles do half as well.

James’ story is perfection itself. It’s told by an unnamed governess to two children (orphans like Jane Eyre and Mary Lennox) neglected by their absent guardian uncle, and left to run wild in a gothic mansion where they may or may not be visited by the ghosts of their former governess and their uncle’s valet. I was on my way home from seeing Benjamin Britten’s opera of the book when I began to think it would be interesting to see the story from the children’s angle, especially that of Flora, the most unregarded character in the book. I pretty soon ditched the idea of doing a pastiche of James’ book; I didn’t want to do anything so unoriginal as using his characters. What appealed was the set-up: remote crumbling mansion, orphaned children, absent guardian, possible ghost, to which I added an abandoned library and a narrator forbidden to read.

Florence and Giles is a book about the power of literature upon our imagination, its influence for good or ill. Whenever I write a book I’m always trying to create a story I would want to read but nobody else will write for me. Much as I enjoyed Jane Eyre the book tailed off for me when Jane left Rochester, and met up with the bland religious St. John Rivers. Similarly I had no interest in the later horticultural bits of The Secret Garden. I wanted a story where the mystery and terror only ends when the novel does.

In writing The Girl Who Couldn’t Read, I wanted a setting as full of mystery and threat as Blythe House in the first book. What better than a Victorian lunatic asylum, a place seemingly built to instill terror in its unfortunate inmates, and this time, instead of Florence, another unreliable narrator, a man with a secret to conceal, just as the young patient he befriends has a secret, as does the head doctor of the asylum, mysteries that are not entirely resolved until the final page. Mystery lurks in the dark corners of the gothic novel; the joy of reading comes not simply from being frightened while reading beside the safety of our own fireside but from finding out just what it is we are frightened of.

John Harding is the author of Florence and Giles and The Girl Who Couldn’t Read, both out now.