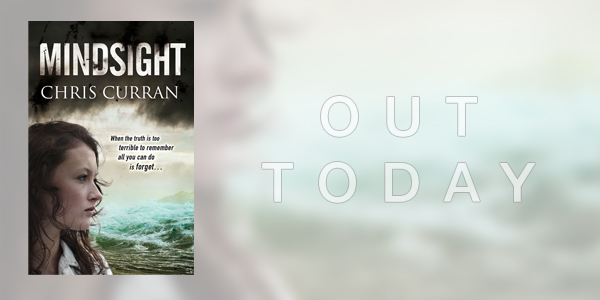 To celebrate the publication of Mindsight, we’ve got an exclusive post from the author on her affinity for the sea and the role it played in her new book.

A single light shone in the black absence of the sea: a boat moving slowly through the nothingness, night fishing.

Mindsight is about memory, guilt, loss, and above all about a search for the truth. I didn’t have to think too hard about where to set the story. I live in Hastings, on the south coast of England, and it seemed the ideal retreat for Clare when she’s released from prison. She wants to be in a place where no one knows her, where she can walk up and down hills until she’s exhausted, and where the sight and sound of the sea may help to ease her pain.

I love the sea, and as I was writing I realised it was becoming almost an extra character. Like memory and human relationships, the sea is unpredictable. On a warm summer’s day it can be wild, with white peaks of foam racing and churning, and yet there are times in midwinter when it’s a tranquil sheet of brilliant blue. At night it becomes a mysterious void; a dark emptiness that can still be heard as it whispers or roars, tumbling to the shore. It’s impossible to ignore, just like Clare’s buried memories.

The town of Hastings plays an important part in Clare’s story. It’s often portrayed as a down-at-heel seaside resort, but long before the pier, the amusement arcades and the fair were built it was a working fishing port. And so it remains. The Old Town is a huddle of crooked houses where gulls shriek as they circle above the fishing boats drawn up on the shingle and the weather-boarded huts that sell the catch straight from the sea. The streets nestle between two hills, each with its Victorian funicular railway clanking up to a wide grassy space with spectacular views of the town, the ruined castle and the English Channel.

Although Clare was hoping to remain anonymous, she discovers that the locals are very friendly, which was something that struck me when I moved here. Idiosyncratic, bohemian and with an incredible zest for life, many of the locals are artists, musicians and writers. Hardly a month goes by without some kind of festival or celebration, whether it’s for the herring harvest, May Day or to defend the world record for the largest number of people dressed as pirates. It’s a place that feels positive about life, which is what Clare needs.

But of course Mindsight is a crime novel and when gales blow up or the sea mist descends Hastings can take on a darker mood. Stories are told about gruesome murders committed by smugglers and about fishermen lost at sea. In last year’s storms huge rocks crashed from the cliffs onto the beach where people had walked not long before and walls and roofs were ripped from houses. The narrow lanes, that the locals call twittens, are picturesque during the day, but they take on a Dickensian gloom when night falls.

The perfect setting for a crime novel, in other words.

If you missed our Q&A with Chris earlier this week, be sure to check it out. Mindsight is available now! You can also follow Chris on twitter @Christi_Curran.