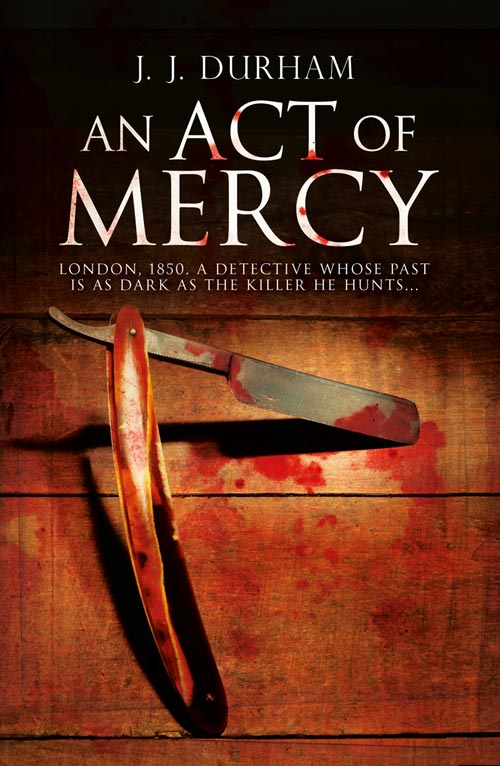 From the Screen to the Page: The Metamorphosis of Murder

What’s the difference between writing a novel and writing a screenplay?  It’s a question I’m often asked, being someone who earns a living doing both.  The answer isn’t as easy to pin down as you’d think.

An Act of Mercy began as a screenplay – Pilgrim, a speculative pilot episode for a TV series, or ‘spec script’.  I first had the idea for the story after reading an article about Charles Dickens, who was a massive fan of the newly-created detectives, often writing about them in his journal Household Words.  Unfortunately, his enthusiasm wasn’t shared by the public–at-large, especially the middle- and upper-classes, who thought there was something ‘sneaking and un-English’ about the concept.  Even the Police Commissioners believed that crime prevention was the key to successful policing; detection after the fact was an admission of defeat.

I thought it was a great starting point for a story.

Shortly after finishing the screenplay for Pilgrim, Ripper Street hit our TV screens.  I was gutted.  No-one was going to commission another Victorian crime series now!  But I’d enjoyed the company of Detective Sergeant Harry Pilgrim so much that I really didn’t want to abandon him.  I decided to turn the screenplay into a novel.

I started out with the dialogue and action of the script, and gradually built setting and internal monologue around them. What I also had, right from the start, was structure (as any TV writer will tell you, a sound story structure is crucial if you’re going to sustain an hour-long TV episode). The only problem was that I only had enough structure and story for half a novel.

Turning Pilgrim into An Act of Mercy was a fascinating and occasionally frustrating challenge.  But I’m so glad I stuck at it.  Thanks to HarperCollins Killer Reads I can now share Detective Sergeant Harry Pilgrim with other lovers of crime fiction. I can also answer that tricky question with some authority.  What’s the difference between a writing a novel and a writing a screenplay?  Six months hard work!

You can find J.J. Durham on her website and blog.