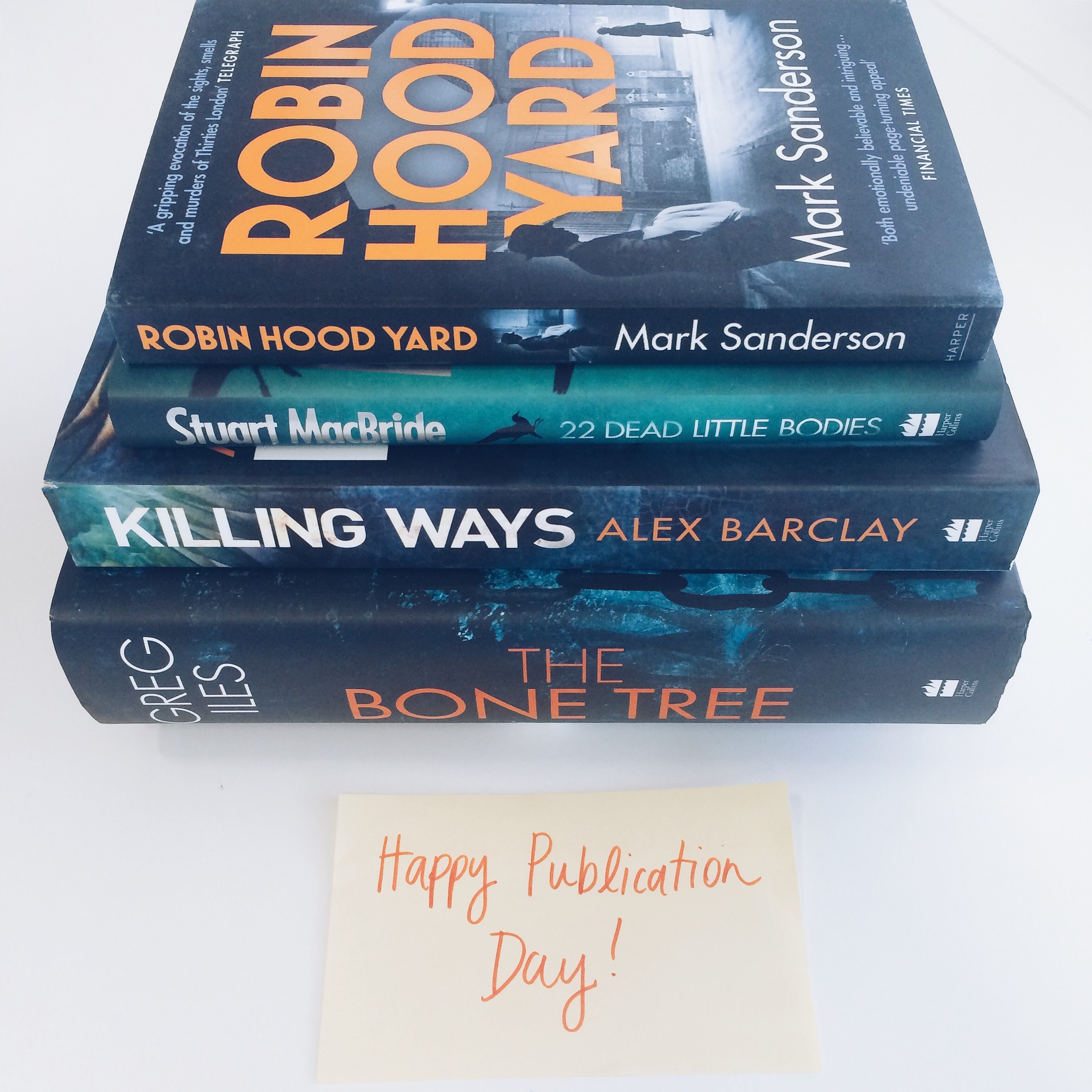 The electrifying second installment of the NATCHEZ BURNING trilogy by No.1 New York Times bestseller, Greg Iles — THE BONE TREE comes out today in the UK and Australia. US friends, you don’t have much longer to wait. The book comes out in the States and Canada April 21st.

In her most shocking case yet, FBI Special Agent Ren Bryce takes on a depraved serial killer fueled by a warped sense of justice. KILLING WAYS by Alex Barclay is out in Ireland today! Did you catch the author’s brilliant article in The Irish Times? Coming to the UK this autumn.

The new Logan McRae short novel from the No. 1 bestselling author of CLOSE TO THE BONE and A SONG FOR THE DYING, featuring his most popular characters, Acting DI Logan McRae and DCI Robert Steel. CID isn’t what it used to be… 22 Dead Little Bodies by Stuart MacBride is now available. Have you entered our giveaway on Facebook?

London, 1938. With a world war on the horizon, a shocking crime begins to unfold – and one reporter knows too much to be allowed to survive. Could ROBIN HOOD YARD by Mark Sanderson be your next killer read?