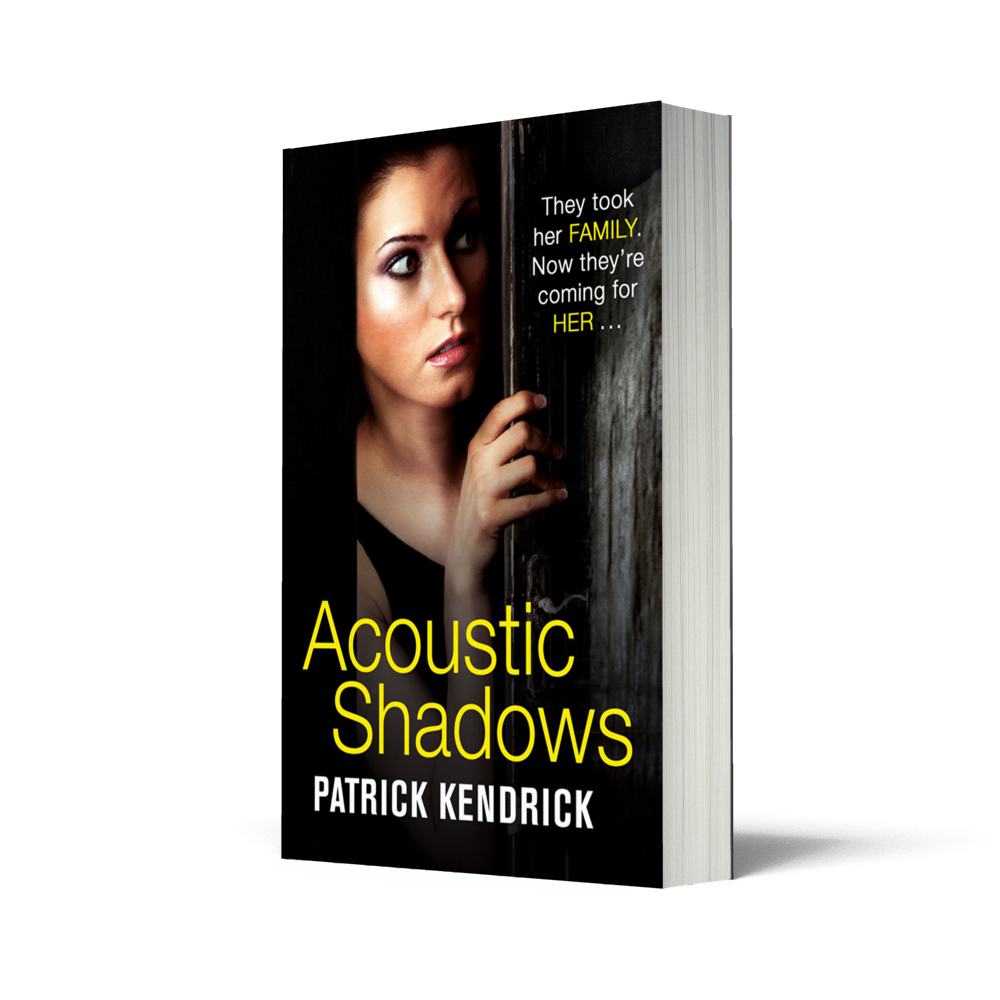 Inspired by the Horror of Reality: Patrick Kendrick, author of ACOUSTIC SHADOWS talks the rise of school shootings

People have asked how I come up with ideas for my novels and my pat answer is: ‘I read the newspapers.’ While this is not an original concept, with my newest work, Acoustic Shadows, one cannot miss the headline-inspired storyline of the novel. It begins with a shooting at an elementary school.

When I was touring and doing signings for my last book, Extended Family, I would give an accompanying lecture on ‘Mass, Spree, and Serial Killers,’ accompanied by slides, historical information and anecdotes about various killers over the years. The lecture pointed out the differences between these types of killers. Mass murderers: one event, one location, multiple victims, usually targeted, meant to be a statement and lots of coverage by the media. Spree killers: several events over a few days, multiple locations, multiple victims, sometimes targeted, often random, sometimes making a statement, or a person just going over the edge-a lost job, marriage, etc. Serial killers: multiple events, multiple victims, typically over years. They want to be recognized for their heinous acts but do not want to be caught, so they are very careful.

When I began doing these lectures in 2012, there were a number of mass killings but they could still be counted easily enough. Columbine is one of the first that came to mind, then Virginia Tech. But since 2006, these killings have increased exponentially and there have been over 200 of these events since then. Currently, they are happening at a pace of about one attack every two weeks. They are always startling accounts of innocent people being slaughtered by someone, typically, with a long history of mental illness, living an isolated, socially inept, life. For reference, I would suggest this site, based on the FBI’s current data: http://usatoday30.usatoday.com/news/nation/mass-killings/index.html#triggers

For me, none were as disturbing, as heart-wrenching, as the shooting that took place at Sandy Hook Elementary School, in Newtown, Connecticut, a quiet, small town like thousands of suburban towns that exist all across the world. As a paramedic and fire fighter for many years, I have seen my share of disasters, trauma, and human suffering. But, I could not get over all of those children, so young and innocent, who were slaughtered by another one of these mad men that I often write about in my novels. I could not sleep at night and while I would weep as I watched the news, I could not stop watching it while wondering why does this keep happening and, can it ever be stopped?

I don’t think I answered those questions for myself and am not sure if anyone can. But, my way of dealing with this horrific event was to put it into one of my books, perhaps as a cathartic way for me to deal with my own feelings about the subject, perhaps for people to reflect on the problem that has become epidemic and which, we feel helpless to do anything about. This was how Acoustic Shadows came about. As I pondered the story, a thought kept coming back to me: what if one of the teachers had a weapon?

The novel begins with two armed gunmen entering a school in a small town in Florida. They began shooting, initially it seems at random. But, this time, one of the teachers has a gun and takes matters into her own hands. Of course, teachers having handguns in school has become a source of much controversy and some of that makes its way into the story. But, I posed the question as well, could such an attack come from a different motive? I write thrillers and mysteries after all and, so far, all of them have a common element of conspiracy, so that is where I went with Acoustic Shadows.

Patrick Kendrick was a firefighter and freelance journalist for years before turning to writing novels. His first book, Papas’ Problem won the Florida Book Award, as well as the Hollywood Film Festival Award. His second book, Extended Family was a Kindle best seller and earned a starred review from Booklist. Kendrick lives in South Florida with his family and endeavors to never be too far from the sea.