How Many of These Social Media Stereotypes Do You Know? 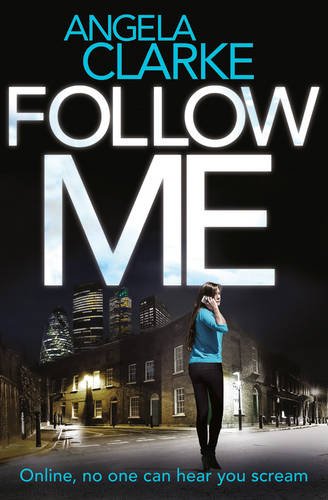 All hail our internet overlords: social media: slayer of boredom, font of friendships, route of Repetitive Strain Injury. Can you get through the day without tweeting, checking Facebook, or Instagraming a sunset? No? Then you’re my kind of person. Join me in spotting how many of these social media stereotypes you follow. I’m such an ENTHUSIASTIC SHOUTER…

The Keyboard Warrior
Did you know there are amoebas being starved in Micronesia? And they’re banned from driving?! Or getting married?! Or eating in McDonalds?!? It’s a crime against humanity. Here’s an article about it. Here’s a Youtube video. Here’s the same Youtube video with a sentimental Disney song laid over it. Here’s a vine. Here’s a blog I wrote about it. Here’s a Change.org petition. Here’s another Change.org petition. How can you tweet about the Kardashians when the amoebas are still being starved?!!? Pls RT.

The Pass Agg Cynic
The Pass Agg Cynic is only online in an ironic manner. All their tweets sound like they’ve been written by a trying-too-hard to be cool teenager. No emojis. No exclamation marks. They never ‘like’ anything. Hard liquor features frequently in moody shots. Selfies are satirical, with a filter of contempt. When they finally fall in love/quit the job they hate/emigrate they start posting pictures of sunsets with smiley faces.

The Racist Relative
Isn’t Facebook great? Without it we’d never know which members of our extended family are racist, homophobic, sexist idiots. Sigh. Time to demand a DNA test.

The Over Sharer
The Over Sharer shares everything that makes them laugh, cry, or RAGE. Which is apparently everything in the world. Ever. Their favourite acronym is TMI – Too Much Information. Social media is their therapy. With added exclamation marks. Live without it? They can’t even…!!! All their friends have them on mute.

#FirstWorldProblems
This righteous angel thinks all your posts are facile, immature, and other words they’ve looked up in a thesaurus. Don’t you read the news? Don’t you care about what’s really happening out there? How dare you tweet jokes when people are dying, they type from their moral mountaintop (on a £1,200 MacBook, in their central heated, tastefully decorated suburban detached home).

The Pedant
The Pedant loves pointing out the grammatical error in the post your phone autocorrected, after you typed it with one thumb, while running to a meeting juggling shopping bags for tonight’s dinner, and generally having a life. There/their/they’re a prick.

The White Saviour
Not be confused with #FirstWorldProblems, the White Saviour just wants to help those less fortunate than themselves. E.g. anyone who is not white. Their privilege makes them uniquely placed to comprehend and address any issues surrounding ethnicity. After all, haven’t we got everything completely right in ‘our’ country? Some of their best friends are black. Which they’ll tell you. In every single tweet.

Full house! Bingo! What social media stereotypes did I miss? And which one are you?