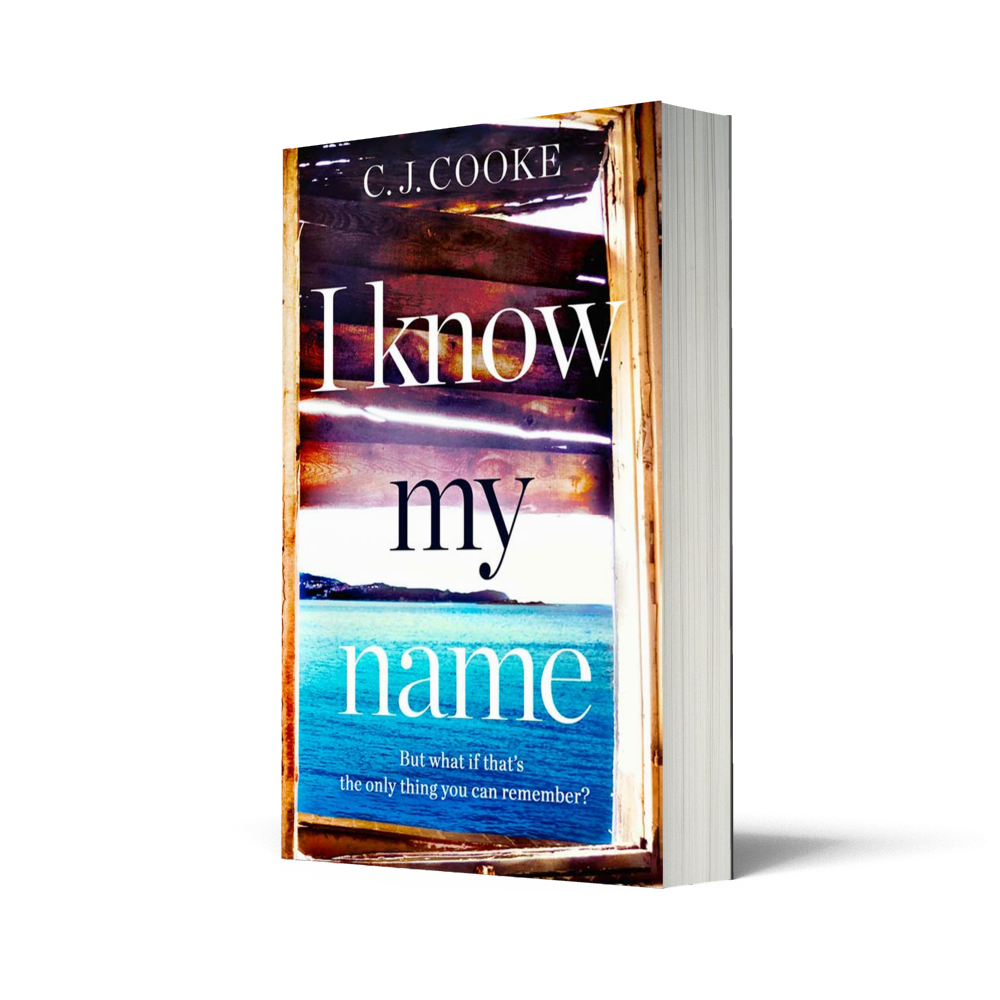 On the setting of I Know My Name by CJ Cooke

Setting is crucial to establish the tone and atmosphere of a novel, and I thought carefully about the ‘where’ of I KNOW MY NAME long before crafting the who, what, and why.

The book has two narrators – Eloise, who is stranded on an island off the coast of Crete, and her husband Lochlan, who is tearing apart Twickenham to find his wife. Eloise’s stranding on an abandoned island is symbolically tied up with the themes of the story, such as memory loss, isolation, and trauma. The island is fictional, and I called it Komméno, which roughly translates as ‘broken’.

Having travelled to Crete for a research trip during the writing period, my first representations of the island were paradisiacal (as Crete is!), but gradually I changed this to depict the island as a savage wilderness. Eloise is stranded there, after all, with only four dubious strangers for company and completely cut off from the main island. She can’t remember who she is, and the island works to evoke that sense of distressing detachment from an integral part of her identity. Logistics played a role, too: if I’d drawn Komméno as a haven of gold beaches and verdant pastures, the reader might have wondered why Eloise wanted to leave at all! Symbolically Komméno works to capture the fragmentation of her marriage to Lochlan and to convey her memory loss and subsequent recollections.

In contrast with the raw wasteland of Komméno, the Twickenham passages are largely based in domestic interiors: the Shelley home, Max’s nursery, with a few glimpses at Eloise and Lochlan’s workplaces, and Eloise’s childhood homes. The windswept external spaces of the island, with daunting panoramas of the marooning ocean, are in stark contradistinction to the closed-in urban spaces, or the rooms, offices, and hallways of Twickenham, which point to the ordered lifestyle that Eloise has carved for her family and which Lochlan has worked hard to climb social and career ladders – only to wonder at times why he has bothered. Occasionally claustrophobic and haunting, the interiors spaces were important to me precisely because they make up so much of the daily routine of new motherhood. They also gesture towards the shift in Eloise and Lochlan’s lives from carefree globe trotters as newlyweds to the much more domestic routine imposed by parenthood.

More subtle is the indication of outward versus inward appearances – who Eloise is on the surface is not who she is inside. It is this complexity of personality, the idea of ‘keeping up appearances’, as well as confronting your past, that necessitated a thoughtful representation of setting in the book, and hopefully it comes across that way.