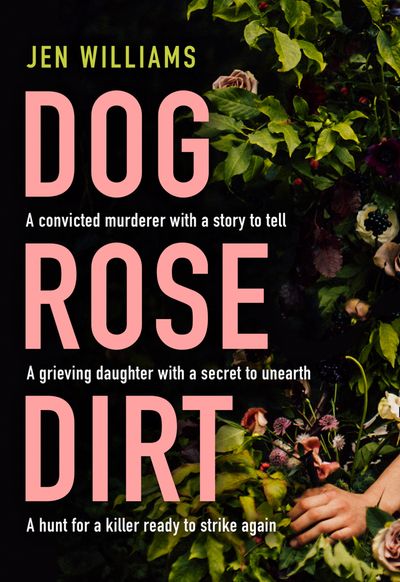 ‘Creepy and compelling’ HARRIET TYCE
‘Brilliant – filled with tension and twists’ SARAH PINBOROUGH
‘An unsettling, terrifying thriller’ ABIGAIL DEAN
‘Masterclass in suspense’ THE TIMES
‘Will have you up all night with the lights on’ ELLE

What if your mother had been writing to a serial killer?

A convicted murderer with a story to tell

Serial killer Michael Reave – known as The Red Wolf – has been locked in Belmarsh Prison for over 20 years for the brutal and ritualistic murders of countless women.

A grieving daughter with a secret to unearth

Ex-journalist Heather Evans returns to her childhood home after her mother’s inexplicable suicide and discovers something chilling – hundreds of letters between her mother and Reave, dating back decades.

A hunt for a killer ready to strike again

When the body of a woman is found decorated with flowers, just like his victims, Reave is the only person alive who could help. After years of silence, he will speak to Heather, and only Heather.

If she wants to unearth the truth and stop further bloodshed, she’ll have to confront a monster.

Author: Jen Williams
Format: Hardback
Release Date: 22/07/2021
Pages: 368
ISBN: 978-0-00-838379-4
Jen Williams lives in London with her partner and their small ridiculous cat. Having been a fan of grisly fairy tales from a young age, these days Jen writes dark unsettling thrillers with strong female leads, as well as character-driven fantasy novels with plenty of adventure and magic. She has twice won the British Fantasy Award for her Winnowing Flame trilogy, and when she’s not writing books she works as a bookseller and a freelance copywriter.

‘Creepy and compelling’ HARRIET TYCE‘Brilliant – filled with tension and twists’ SARAH PINBOROUGH‘An unsettling, terrifying thriller’ ABIGAIL DEAN‘Masterclass in suspense’ THE TIMES‘Will have you up all night with the lights on’ ELLE

What if your mother had been writing to a serial killer?