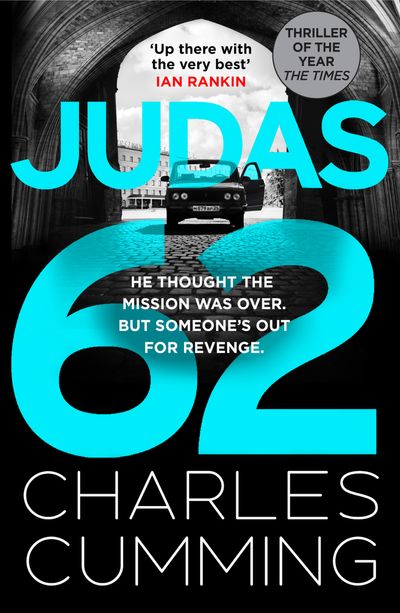 A spy in one of the most dangerous places on Earth…
1993: Student Lachlan Kite is sent to post-Soviet Russia in the guise of a language teacher. In reality, he is there as a spy. Top secret intelligence agency BOX 88 has ordered Kite to extract a chemical weapons scientist before his groundbreaking research falls into the wrong hands. But Kite’s mission soon goes wrong and he is left stranded in a hostile city with a former KGB officer on his trail.

An old enemy looking for revenge…
2020: Now the director of BOX 88 operations in the UK, Kite discovers he has been placed on the ‘JUDAS’ list – a record of enemies of Russia who have been targeted for assassination. Kite’s fight for survival takes him to Dubai, where he must confront the Russian secret state head on…

Who will come out on top in this deadly game of cat and mouse?

‘Judas 62 has all you could want from a tense, topical and intelligent spy thriller’ The Times Books of the Year