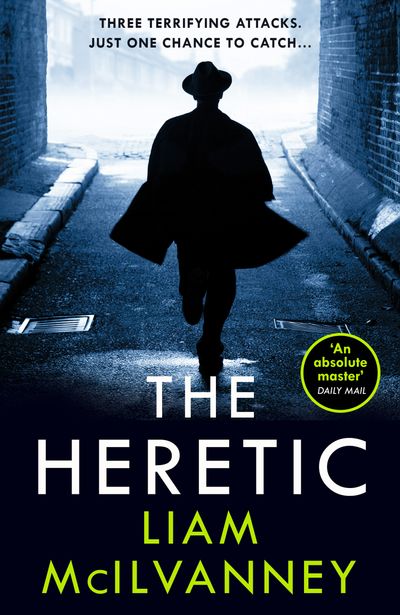 A deadly fire
An arson attack on a Glasgow warehouse causes the deaths of a young mother and child.
Police suspect it’s the latest act in a brutal gang warfare that’s tearing the city apart – one that DI Duncan McCormack has been tasked with stopping.

A brutal murder
Five years ago he was walking on water as the cop who tracked down a notorious serial killer.  But he made powerful enemies and when a mutilated body is found in a Tradeston slum,
McCormack is assigned a case that no one wants. The dead man is wearing a masonic ring, though, and Duncan realizes the victim is not the down-and-out his boss had first assumed.

A catastrophic explosion
As McCormack looks into both crimes, the investigations are disrupted by a shocking event.
A bomb rips through a pub packed with people – and a cop is killed in the blast.  The cases are stacking up and with one of his own unit now dead, McCormack is in the firing line.

Author: Liam McIlvanney
Format: ebook
Release Date: 20/01/2022
ISBN: 978-0-00-825998-3
Liam McIlvanney was born in Scotland and studied at the universities of Glasgow and Oxford. He has written for numerous publications, including the London Review of Books, the Times Literary Supplement and the Guardian. His debut, Burns the Radical, won the Saltire First Book Award, and his most recent book, Where the Dead Men Go, won the Ngaio Marsh Award for Best Crime Novel. The Quaker won the 2018 McIlvanney Prize for Scottish Crime Novel of the Year.He is Stuart Professor of Scottish Studies at the University of Otago, New Zealand. He lives in Dunedin with his wife and four sons.