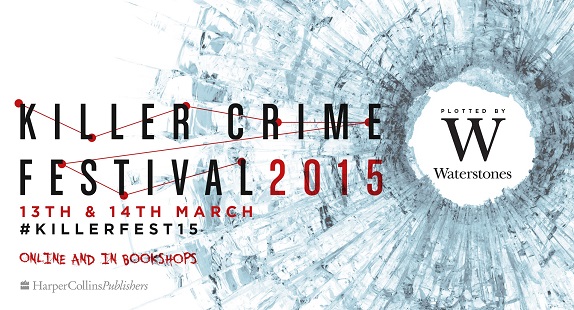 Tell us about yourself: I’m a journalist and spent 15 years working in the Scottish media industry, with stints on local and national newspapers. I’ve since moved to the other side of the fence, and work on communications with a variety of public and private clients, including the Scottish Government. Away from work, I’m a husband, dad of two, owner of three dogs and slightly addicted to coffee. I live in Dunfermline, a town I got to know very well when I was a local reporter here, and a place I always wanted to come back to.

Like many aspiring authors, especially in crime, I struggled to get my voice heard in a crowded marketplace. Luckily enough, I was shortlisted for the Dundee International Book Prize in 2013, which gave me the platform to secure a deal with Saraband and their new crime imprint, Contraband. Falling Fast was published last year, and the response has been phenomenal. It was shortlisted for the Deanston Scottish Crime Book of the Year award, and received glowing reviews. It’s still a bit of a surreal experience walking into a bookshop and seeing it on a shelf!

Tell us about your latest book: The Storm. After his editor is murdered in front of him, crime reporter Doug McGregor’s world falls apart. As prime witness, he’s not allowed to investigate the case, and he’s left only with questions and a bloody memory seared in his mind. On top of that, Doug’s ‘friendship’ with his police contact, DS Susie Drummond, is in a weird place right now. So he leaps at the chance to take some time out with his old friend on the Isle of Skye. But when another savage killing occurs, Doug realises that the murders may be linked, and that going to Skye was the best and worst move possible. He’s in the eye of the Storm – and this one could engulf them all.

When did you start writing? I’ve always been a writer – I remember the day in primary school that I was given one of those cheap jotters with the lurid pink covers and told it was “my book for writing my stories in”. It’s what drove me to be a journalist, I knew I wanted to write and work with words for a living, but I needed a job to pay the bills while I was trying to get my books published. Took a little longer than I thought, but worth the wait!

Where do you write? Mostly in a small office/spare room at home, but I’ve got a trusty MacBook that comes with me if I’m travelling- I’m typing this on it right now.

Which other authors do you admire? Almost too many to mention, but you can’t be a crime writer- or a writer- without admiring the work of William McIlvanney. His Laidlaw books are extraordinary, every time I read them I get something new. I also love the work of Iain Banks, an extraordinary talent who was taken far too soon. However, there’s a crop of great crime writing talent, especially in Scotland, at the moment, including James Oswald, Douglas Skelton, Michael Malone, Craig Robertson to name a few.

Book you wished you’d written? See above- Laidlaw is a work of genius.

Greatest fictional criminal: Probably Professor Moriarty. In the words of Holmes himself, he was “the greatest schemer of all time, the organiser of every devilry, the controlling brain of the underworld, a brain which might have made or marred the destiny of nations”. He was the original criminal mastermind with tendrils in every crime.

Greatest crime or criminal from the real world: I couldn’t possibly comment, but I’d be checking alibis in the SW1A postcode region.

Greatest fictional detective: Got to be the one and only Sherlock Holmes. I love the work of Sir Arthur Conan Doyle, and Holmes remains one of the most ingenious and compelling characters in fiction.

What scares you? The usual things- stupidity, prejudice, the phrases “the right thing to do” or “we’re in this together” uttered by a politicians with a three-figure smile and camera-perfect make-up. In my work, I’m worried about letting the reader down and not entertaining them. I’ve not done it yet, but it’s a healthy fear that keeps my writing sharp.

Are you ever disturbed by your own imagination? Funnily enough, I was asked this by my publisher, Sara, the other day. I’ve not hit the limit and disturbed myself yet- though I sometimes get funny looks from friends and family when I outline my latest idea!

Do you listen to music when you write? Sometimes, it depends on what I’m writing and if it’s a tricky scene- a fight, chase or big plot twist. But I’ve not really got a soundtrack for working.

How can fans connect with you? Twitter is probably best @nlbro. I update on my work there and interact with readers. I’ll also be cropping up at crime festivals across the country throughout the year. It’s always great to speak to fans of crime fiction, not just of my work but all the great writing that’s out there. 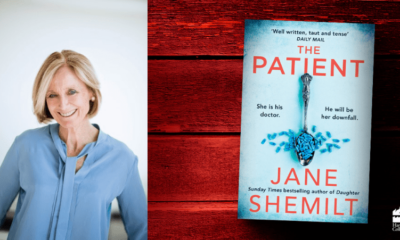