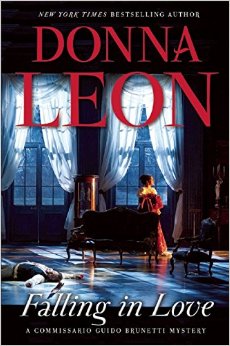 Looking for a read that will take you a step further out of your country or cultural comfort zone? Let’s talk international crime. Topping the Amazon charts at the moment is The Hangman’s Daughter from German television screenwriter Oliver Pötzsch, Younger by Suzanne Munshower–a self-proclaimed returned expat, and Venice-residing American Donna Leon’s Falling in Love: A Commissario Guido Brunetti Mystery.

Next week, Killer Reads is adding another to the mix. You’ve probably already seen us talking about The Invisible Guardian but we are very excited to be bringing this Spanish bestseller out in English.

The naked body of a teenage girl is found on the banks of the River Baztán. Less than 24 hours after this discovery, a link is made to the murder of another girl the month before. Is this the work of a ritualistic killer or of the Invisible Guardian, the Basajaun, a creature of Basque mythology?

30-year-old Inspector Amaia Salazar heads an investigation which will take her back to Elizondo, the village in the heart of Basque country where she was born, and to which she had hoped never to return. A place of mists, rain and forests. A place of unresolved conflicts, of a dark secret that scarred her childhood and which will come back to torment her.

Torn between the rational, procedural part of her job and local myths and superstitions, Amaia Salazar has to fight off the demons of her past in order to confront the reality of a serial killer at loose in a region steeped in the history of the Spanish Inquisition.

If you’re ready to take a trip to Basque country, where folklore seeps its way back into a murder investigation, step into an extract from the book.

Our GoodReads giveaway to win a copy of the hardback closes tomorrow.
The Invisible Guardian by Dolores Redondo is out Thursday, April 23rd.