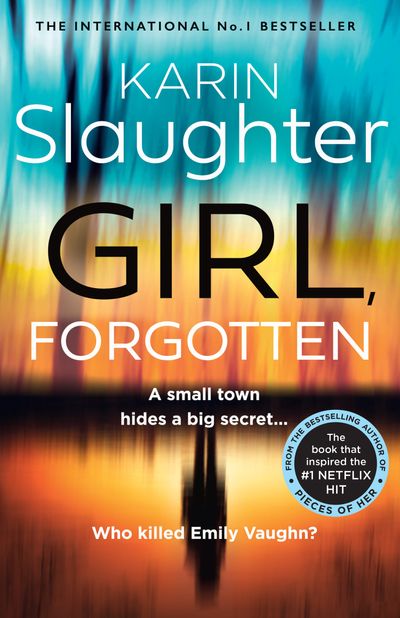 A girl with a secret…
Longbill Beach, 1982. Emily Vaughn gets ready for prom night, the highlight of any high school experience. But Emily has a secret. And by the end of the evening, she will be dead.

A murder that remains a mystery…
Forty years later, Emily’s murder remains unsolved. Her friends closed ranks, her family retreated inwards, the community moved on. But all that’s about to change.

One final chance to uncover a killer…
Andrea Oliver arrives in town with a simple assignment: to protect a judge receiving death threats. But her assignment is a cover. Because, in reality, Andrea is here to find justice for Emily – and to uncover the truth before the killer decides to silence her too…

‘This first-class detective thriller is a dark, sophisticated gem of a read’ Janice Hallett, author of The Appeal

Author: Karin Slaughter
Format: ebook
Release Date: 23/06/2022
ISBN: 978-0-00-830358-7
Karin Slaughter is one of the world’s most popular storytellers. Published in 120 countries with more than 40 million copies sold across the globe, her novels have all been Sunday Times bestsellers. Slaughter lives in Atlanta, Georgia, and is the founder of the Save the Libraries project—a nonprofit organization established to support libraries and library programming. Her standalone novel Pieces of Her is now a Netflix series, and the Grant County and Will Trent series are in development for television.