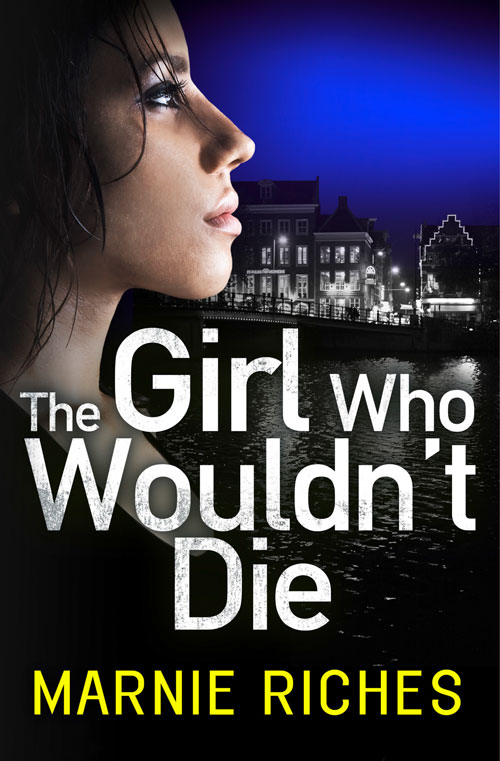 Marnie Riches: What I Learned from Jo Nesbo

In celebration of The Girl Who Wouldn’t Die publishing this week, author Marnie Riches shares one of her favourite authors and his influence on her writing.

The ambition to write a great crime thriller had been lurking at the back of my mind ever since I read Thomas Harris’ The Silence of the Lambs – still one of my all-time favourite reads. How I desperately wanted to create characters that were so engaging and rich; to devise a story so twisted and fascinating.

Decades later, when the storyline came to me for The Girl Who Wouldn’t Die, I knew the time to write that crime thriller had come. By then, I was no longer a student, starry-eyed over that charming devil, Hannibal Lecter. Scandi-noir had burst onto the scene. Stieg Larsson had given us Lisbeth Salander. Jo Nesbo was entertaining us yearly with the drunken derring-do of Harry Hole. And boy, was I a fan!

By this stage, I had already written three or four children’s manuscripts. It was early days. As a fledgling agented children’s author, I had got to grips with fashioning compelling characters and telling a whopper of a story through blistering action and dialogue. But plotting a complex, multi-layered crime novel for adults, some 100,000+ words long, was a world away from kicking into shape children’s detective novel less than half of that length.

So what did I do? I turned to Nesbo!

Jo Nesbo is the king of plotting in the crime genre, as far as I’m concerned. One only has to read the short (for Nesbo) but perfectly formed Headhunters to realise this. Or watch his film, Jackpot, to see that he tells a gripping yarn and keeps you engaged until the final moments. But to see the magic of how he does it, I had to re-read his books with a critical eye until the framework beneath the story became visible to me.

As with all good children’s and commercial adult fiction, there should be turning points in the correct places to maintain the tension and interest – roughly 25%, 50% and 75% of the way through. There needs to be an arc for the main character(s) to follow as well as a narrative one. Nesbo covers these basics, often breaking his stories into separate books. But if you look at the way he structures his chapters, you see how an author creates that page-turning effect.

Very often, Nesbo’s chapters are long but broken up into sections, moving from one situation and character’s point of view to another. Many sections seemingly continue into the next paragraph, following a break. Then, you realise the next paragraph is not a continuation of the previous piece at all, but that Nesbo has segued from one similar image into another to link separate chunks of drama.

So, for example, in chapter 16 of The Leopard, which is one of my favourite Nesbo novels, there is a passage where Harry Hole takes heroin and prepares for sleep. In the following paragraph, Bjorn Holm cannot sleep. In the following, Stine wakes with a start. The reader is seamlessly transferred from one storyscape to another by this continuation of sleep imagery. As a technique, I liked it and I learned from it!

By the time you get into the second half of Nesbo’s novels, almost every section ends with a cliffhanger, so the reader is forced to continue through the next section and the next and the next to find out what happens to each character who has been left in peril! Interestingly, when I studied TV and film scriptwriting – a must for any aspiring writer who wants to master good dialogue – I learned that TV writers actually “write up” to a commercial break on purpose, so that every section of a drama has a cliff-hanger to get viewers tuning back in after the ads. A crime novel, to me, should be treated no differently from this.

Finally, Nesbo’s influence on my prologue-writing is obvious. His opening sequences always pique the reader’s interest with menace and high drama from the outset. Death by leopold’s apple in The Leopard; a rape scene in The Redeemer; the thoughts of a dying young man in Phantom. Readers of The Girl Who Wouldn’t Die may be able to detect a flavour of Nesbo in my own incendiary opening sequence.

Learn from the masters, I say! You can improve your craft as a writer so much by reading the work of successful people who have been at it a lot longer than you. I have now been writing seriously for more than seven years and still have everything to learn. But perhaps by borrowing a little technical savvy along the way from Nesbo I have written, if not a perfect crime novel, then hopefully a damn good one. I’ll leave that to you, the reader, to decide!