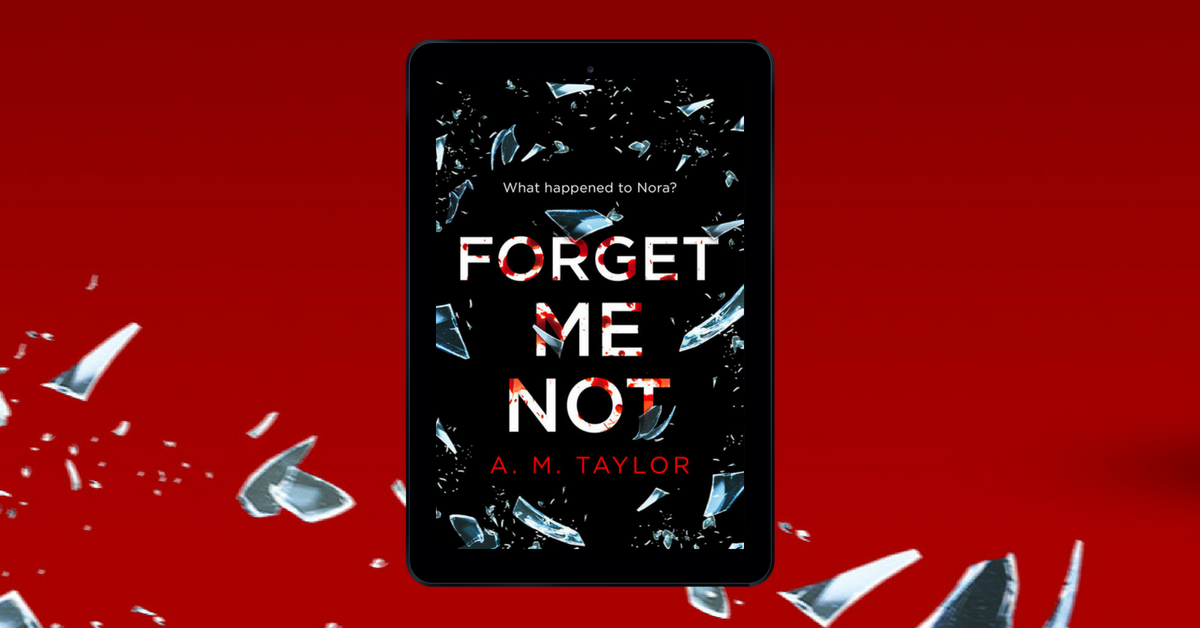 “Maddie,” Ange said over the phone, her voice a breathless straight line.

“Yeah?” I said, suddenly sitting up a little straighter. There was something about the shape of her voice that instantly shook me, old memories rattling around in my ribcage making my heartbeat pick up.

“Ange, what’s going on? What’s happened? Are you okay?” My voice was snappy and sharp, but I couldn’t help it, I knew where conversations like that went and my fear translated to frustration all too easily.

“I was just driving through town to come get you and all these police cars passed me.”

There was no way I could have possibly known, so of course I thought of Nora, blindly following my memory back, racing those cop cars as fast as they could go to a morning so vivid it could have happened yesterday.

I could feel the same grip of panic and loss that had folded and tightened itself around me ten years before when I said to Ange: “Where were the police cars going?”

“They were headed towards the old highway, so I turned round and followed them because—” Because that was where Nora’s car had been found, and Ange was a reporter and certain habits are hard to break.

All the air I had in my body was pulled out of me and replaced with lead, or granite, or concrete, or something heavy and immovable that dragged me down, down, down. My vision swam, images of Elle rising to the surface. She’d looked so young at the memorial and yet so weary, the weight of the world crowding her shoulders. How could this be happening again? A little over a week earlier I’d met her at CJ’s, treating her to a hot chocolate which had always been her favorite. She’d been filled with a razor-edge energy, cracking jokes and telling me stories about her girlfriend, Jenna, but then something had shifted in her and she’d started asking me questions about Nora. I’d put it down to the anniversary coming up so soon and had been happy to answer them. Normally when anyone talked about Nora I clenched up, went into lockdown, but it was different with Elle. I didn’t have to guess what her motives were when she brought Nora up, unlike with so many other people who just wanted to indulge in their morbid curiosity, to gossip about a missing girl as though she were a celebrity spiraling out of control.

I closed my eyes and tried to keep that picture of her in my mind: sitting in a booth at CJ’s, skimming the edge of her mug with her forefinger so that a pile of whipped cream and mini marshmallows appeared there before she stuck it in her mouth, while I groaned in faux disapproval and she grinned wickedly at me. I wanted to hold it there forever, but I knew how quickly that memory, that moment, would be eroded, degraded, twisted and turned into something else. I knew how quickly she’d go from Elle—the girl I’d helped teach how to ice skate and roller­blade and who’d hated to lose at Scrabble but still tried her best to win every time—to yet another person I’d be forced to mourn.

I was struggling to keep my head above the water when Ange said: “Mads, are you there?”

She talked me through what she was looking at: two cop cars and an ambulance. She recognised most everyone at the scene, including Bright and Leo and Leo’s father, Chief Moody. She knew better than to ask me if I was okay, and I knew better than to ask her. She spoke slowly, taking her time, but each word was weighed, freighted down and heavy. She’d spent a couple of years on the crime desk of a Milwaukee paper when she first graduated, but had since moved to the news desk, where if a grisly or interesting crime came up, it was invariably scooped up by one of her colleagues still working on crime. Every time she’d had to cover the death or murder of a woman or girl she saw Nora was all she had said to me at the time; it was all she needed to say. But she was clearly trying to pick up the pieces of her training there, still a reporter at heart, even as she tried to make sense of something that would never make any sense.

“And you’re sure it’s Elle?” I asked eventually, my voice small and young-sounding in the enveloping warmth of my parents’ kitchen.

“I don’t know for sure obviously, but I overheard the cops talking. They all know her, Mads, they know what she looks like. It must be her.”

I nodded, even though she couldn’t see. There wasn’t a single officer on our police force who wouldn’t know who Noelle Altman was.

There was a small beat and then, “Should I still come over?”

“Yes,” I said, even though both of us knew we wouldn’t be leaving Forest View anytime soon.

The gripping psychological debut FORGET ME NOT by A.M Taylor is out now for only 99p. 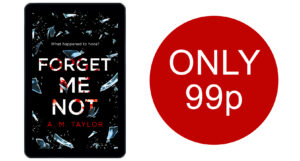